As our USU/ASU members would be aware, bargaining for the new MOPs Agreement has continued from 2015 and throughout the course of 2016.

Disappointingly, this process has been lengthy and extremely limited progress has been made, with the government largely unwilling to move on any items included within either the USU/ASU or CPSU logs of claims. The USU/ASU places on record our discontent with the lack of real bargaining that has occurred, on behalf of the Government.

Back Pay
Throughout all bargaining meetings held during 2016, the USU/ASU and other delegates have argued very strongly for some form of back pay.  This has been a source of contention at every meeting. USU/ASU and other delegates offered many different versions of this to the department. The USU/ASU argued strongly for the Government to provide unequivocal back pay to all employees which was immediately rejected. A one-time bonus to be paid to staff immediately prior to the July election was also proposed in recognition of the staff turnover that occurs immediately following an election. This was also rejected.

The last proposal, initially proposed by the USU/ASU and supported by all delegates, was an increase in the first year’s retention bonus from 1% to 4%, to be paid at the sign on of the new agreement. Again, this was rejected by the Government. Rejections were said to be made on the grounds that back pay was against the government’s Bargaining Policy, could only be considered as part of the overall remuneration offer. Therefore, the Government argued, if accepted it would result in a reduction of the pay-rise offer.

Our key USU/ASU delegate rightfully pointed out at several meetings that, given MOPs employees have been without a pay-rise for so long, real savings had been made at the expense of staff. As such, these savings should not influence, or be considered part of, the remuneration offer. The Minister and the Department did not accept this argument. This position was rejected outright.

Pay-rise Offer
The USU/ASU proposed 3% per annum pay increases in line with the previous agreement. Again, this was rejected on the grounds that it went against the government’s Bargaining Policy, which only allows a maximum of 2% per annum increase. This is a full 1% per annum lower than the previous agreement and provides no recognition of the fact that staff have been without a pay rise for two years. This is simply an inadequate offer which does not appropriately recognise the increasing workloads and increasing productivity of employees.

Removal of consultation
The Government has reduced overall conditions with this agreement. The proposed agreement removes the need for employers to consult with employees. Existing consultation requirements which set out a very detailed process and obligations for employers to consult with employees on any proposed changes to working conditions have been removed.

Risking privacy
Your privacy will be compromised under the new agreement with the removal of the word “confidential” from the employee assistance program clause. All Health professionals are subject to mandatory reporting in some cases. This is not new and should not negate the general privacy of employees. The USU/ASU requested that the word “confidential” remain and a list of the relevant legislations or circumstances which require mandatory reporting instead be included to ensure no possible breaches in employee privacy; however, the Government rejected this proposal.

The removal of these conditions is a big concern for the USU/ASU and will place employees at risk. The USU/ASU does not endorse the proposed Agreement in its current form.

Lack of genuine bargaining
Fundamentally, the proposed agreement which is now being sent to a ballot is largely unchanged from the draft provided to delegates at the very first bargaining meeting. The USU/ASU says that in fact, no genuine bargaining has occurred.

Simply put, the USU/ASU’s view of the proposed Agreement is that this is an extremely poor offer from the Government which puts your conditions at risk and does not adequately remunerate staff for their productivity increases since the cessation of the previous agreement and into the future. By voting “yes”, we set a dangerous precedent for future agreements that will mean the Government can;

1.     Lower employees’ pay rise each agreement;
2.     Delay introducing a new Agreement for a significant period of time and not offer any form of financial compensation;
3.     Reduce conditions, and;
4.     Does not need to engage in genuine bargaining.

The USU/ASU encourages you to vote “No” to the proposed Agreement!!! 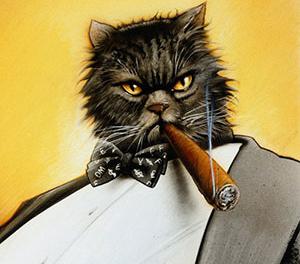