The USU’s Summer 2019 edition of United has been sent to members. Check it out.

I don’t need to tell members the labour movement has had a tough year but we have ended it on a high with the defeat of the Morrison Government’s “Ensuring Integrity Bill” – something we can all celebrate!

The loss of the NSW and Federal elections were setbacks for working Australians.

In NSW we have a government determined to privatise everything – from buses to roads – despite an unequivocal commitment from Gladys Berejilkian that there would be no more privatisation if her government was re-elected.

So much for that promise!

Federally we have a government whose main obsession seems to be taking away the right of Australian workers to be protected by their union.

I join President Glen McAtear, in applauding the thousands of members who spoke to cross bench senators and persuaded them to vote against the EI Bill.

It seems he has his priorities back to front. The defeat of the bill is a great win for working Australians.

Time to be united

This reminds us how strong we are when we stand together. Now is the time to urge your fellow workmates to join the union because that is the way we will stay strong and get even stronger.

Every day when I go out to the branches and meet members, I am encouraged because I meet people of real integrity who are out there fighting for a better future.

I talk to members who are worried about the workplaces their children and grandchildren will inherit however they are not content to sit on the sidelines and give up – they are determined to stand side by side and protect jobs, wages and conditions.

There may have been setbacks in 2019 but there have also been moments of incredible success for members of the USU.

Take a few moments to read our journal or visit our website and you will see that every day we are active – and we are winning. Our energy members at Essential did not give up until the government called off redundancies at Essential Energy (page 9).

In local government we have members winning at Liverpool, Merriwa, Broken Hill, Kiama and Newcastle just to name a few and across our private sector and airlines branches we are seeing growth in membership following a determined recruitment campaign by our organisers.

I see this journal full of strong, united and passionate USU members – whether at protests, meetings, picnic days or conferences and this makes me full of confidence for the future.

I congratulate Paul Reid on winning the prestigious McKell Award (page 6) and Steve Birney, Ron Hunt and Greg Scott for being awarded with Life Membership of our great union (page 25).

On a sad note the USU family sends our condolences to the family and friends of our ASU National Secretary David Smith who passed away unexpectedly on 22 November. David was a giant in our movement and will be sadly missed.

I look forward to 2020 and being by your side as we work together to ensure a better, brighter future. 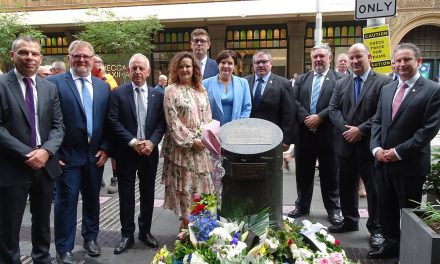 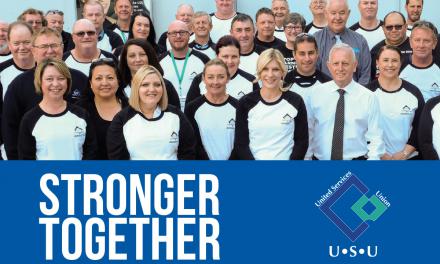 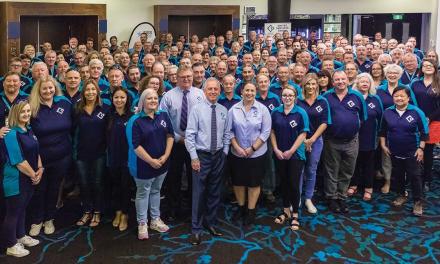