The USU’s Winter 2016 edition of United has been sent to members. Check it out.

Where do I start? It has been quite a year for USU members but if I need to start anywhere I could use the old saying “a picture tells a thousand words”.

On 12 May I was flanked by Christian Democrat Leader Rev Fred Nile and the Leader of the Shooters, Fishers and Farmers Party Robert Brown – united in opposition to forced amalgamations and not happy with the way the government appeared to have “cherry picked” the mergers, leaving out councils in tight coalition seats until after the federal election.

Robert Brown laid down a challenge to Premier Baird: “You have put, shoulder to shoulder, the Christian Democratic Party and the Shooters, Fishers and Farmers Party – you can’t run your government without us Mike!”

5 Year job protections
Mr Brown and Rev Nile made it clear that they want to protect communities and jobs and services in local government. We have made it clear that we want to talk about how they can help protect jobs – by supporting our five year job protection campaign.
Mike Baird says amalgamating councils is not about attacking jobs. I say to the Premier: “If amalgamation isn’t about attacking jobs, then let’s see the NSW government put up 5 year employment protections”.

Our priority now is to protect jobs at merged councils and to protect wages and conditions by protecting the Local Government State Award. As Stephen Hughes outlines on pages 4-5 we have been focussed on that from the beginning – making sure we were part of the process so our members’ interests were not overlooked.

We are continuing that work, holding talks with opposition parties that control the Upper House – and with the Local Government Minister Paul Toole.

However the attack on jobs does not stop in the local government sector.

Protecting Energy sector jobs
Our members at Essential Energy and Ausgrid are under pressure to vote for agreements that override their legislated 5 year job protections negotiated for them as part of the energy sell off.

Our organisers and delegates have been working together to make sure members get the best deal possible.

Thank you!
In the meantime we have again seen NSW swamped by storms and excessive weather conditions causing damage right across the state. Our members in local government, energy and utilities are at the forefront of the clean up at this time and I thank them, as well as our members in the emergency control centres for their hard work and commitment at such a stressful time.

Winter sleepout
I also wish to let members know that this year, in addition to joining the metro organisers and delegates in the Mission Australia Winter sleepout in August I am also taking part in the Vinnies CEO sleepout on 23 June.

The plight of the homeless in our society is getting worse with more than 105,000 Australians experiencing homelessness on any given night of the year. I would like to see politicians from all parties at all levels commit more to this increasing problem. If you can give a bit – or take part, I urge you to do so.

Facebook
Finally – the union is stepping up our activity in the social media world – help us spread the word. Visit us at facebook.com/UnitedServicesUnion 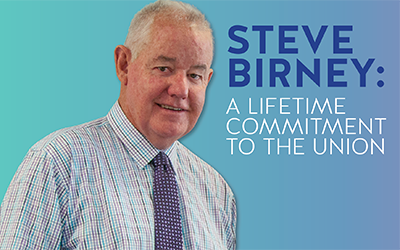 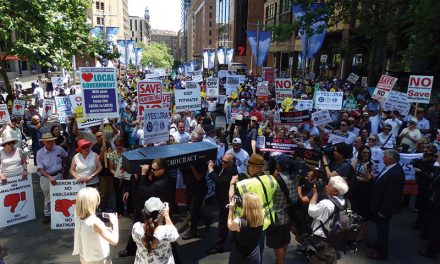 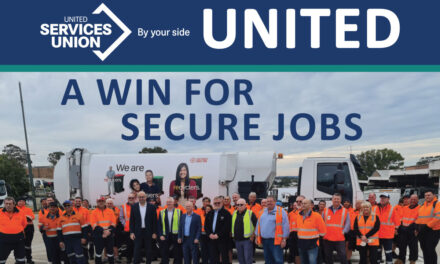