Joint notice to members: Ausgrid offer on the table 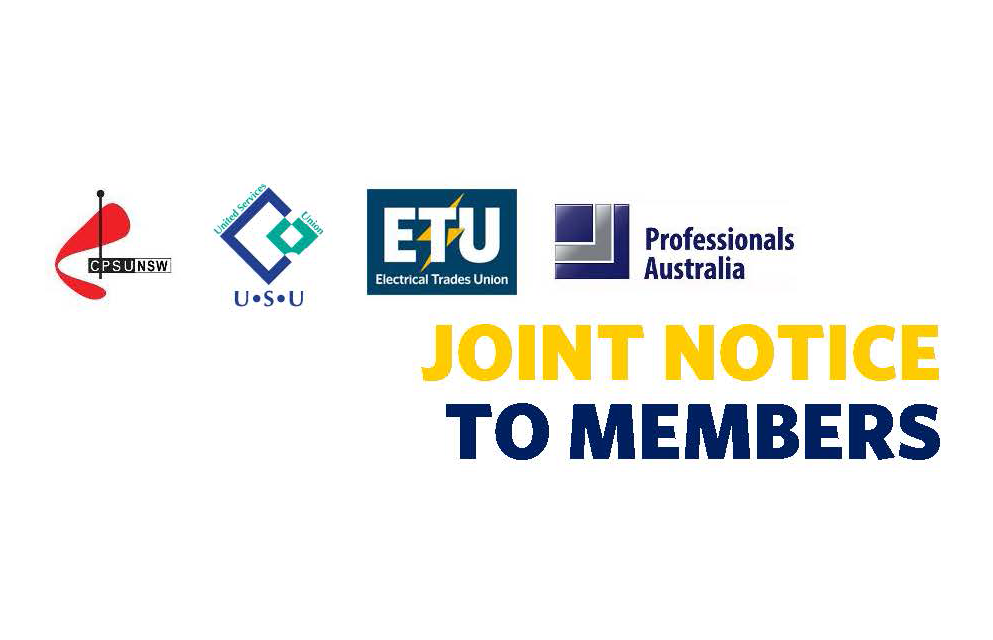 A one-off incentive payment of $75,000 for all people in redeployment as at September 2017, and anyone else who enters redeployment up to 1 January 2020.  Redeployees will have 3 weeks to accept or reject the payment.  Those who reject it will permanently lose entitlement to any such payment.

A global cap of 250 for both voluntary and forced redundancies per annum, subject to consultation and processes of seeking VRs first. i.e. There can be no more than 250 redundancies per year of either forced and / or voluntary type.

Ausgrid have committed to take on 35 Apprentices / Trainees / Cadets per annum for the life of the Agreement.

On top of the existing clause provisions, a consultative committee comprising unions and Ausgrid management will be formed to have oversight of any work that is contracted out / outsourced and input into Ausgrid’s preferred panel of contractors.

Largely unchanged, however consultation will be necessary when a “significant effect” test as defined in the clause has been met.

Time frames for dispute escalation have been included.  This measure ideally sees the dispute process expedited without unnecessary delay.  The inserted timeframes are, however, subject to extension by agreement of the parties.

The status quo provision still applies; however, it will apply when it can be shown to disadvantage the employee/s affected, or if the non-application of status quo during the dispute would bias the case for the dispute at hand.

The CCR framework is now in its third version and thanks to the negotiating delegates is far removed and improved from the original proposal.  That said, much work is needed on it before it comes into operation.  To that end, the current structure of the CCR is as follows;

a) Your leave balance is less than 320 hrs = 40 days (i.e. you can’t have more than 2 years leave accrued to take Annual Leave at half pay and

b) A minimum of 2 weeks annual leave at half pay is taken.

The above proposal was discussed at length and in detail, and various options were canvassed including protected industrial action. The meeting concluded with the following motion;

“That the meeting endorses the in principle offer subject to the following criteria;

It is important to note that the “in principle” endorsement means that the precise and final wording of the Agreement is yet to be agreed.

A report was also provided by Vera Babicheva from the PSA regarding family friendly clauses that Vera was instrumental in having included as part of the Agreement. Vera detailed that one of the outstanding issues was Ausgrid management refusing to accept a proposition for paid leave in the event of miscarriage or stillbirth situations. As a result, the following notion was unanimously endorsed;

The resolution on 1 February regarding in principle agreement does not preclude further negotiations on gender equality issues raised by the PSA/CPSU. The combined unions support the claims of the PSA/CPSU and their resolution in the enterprise agreement.

Your negotiating team will now work to finalise the precise and final wording of all clauses including those associated with the CCR after which time another delegates meeting will be held to endorse the document and proceed towards a formal vote subject to final agreement between the parties.

During this period members will be availed of the complete package including the detailed and final CCR proposal.

We would like to take this opportunity to thank all members for their ongoing support and patience in what has been the most difficult and protracted Ausgrid negotiation in living memory. We would also like to thank all the delegates and in particular the negotiating committee in their tireless and intelligent effort which has significantly improved this agreement offer from was a totally unacceptable outcome to one which we believe does the job of moving us forward.