Premier Gladys Berejiklian’s attempt to quell community concerns over the impact of forced council amalgamations faces its first test today, with the government-appointed Administrator of newly-formed Cumberland Council holding an extraordinary meeting to force through the outsourcing of council waste services.

Hundreds of workers and community members will be joined by former elected councillors — sacked from their roles with Holroyd, Parramatta and Auburn Councils last year — to protest ahead of the meeting, demanding the Premier and new Local Government Minister Gabrielle Upton intervene to save local services.

The fight to protect jobs and services comes just a day after Ms Berejiklian announced she had agreed to National Party demands that proposed forced mergers of regional councils would be abandoned, but that her government would forge ahead with five remaining amalgamations in Sydney.

The United Services Union, which represents workers at the new council, said the situation at Cumberland Council appeared to confirm the worst fears of community members that council amalgamations were motivated by a desire to outsource and privatise local services.

“Premier Berejiklian needs to come clean with the people of Sydney about the true motivations for forced council amalgamations and whether Cumberland Council’s move to outsource essential services to private, profit-driven corporations, was the real reason behind this policy,” USU general secretary Graeme Kelly said.

“Not only have the people of Holroyd, Parramatta and Auburn had no democratic say in the formation of this new council, they now face having a massive change to local services locked in by an unelected Administrator put in place by the NSW Government.

“Premier Berejiklian and Minister Upton need to intervene today, put a stop to this outsourcing plan, and commit to ensuring significant decisions such as this one be held over until local government elections are held and local communities have their democratic voice restored.”

Mr Kelly said many in Auburn, Holroyd and Parramatta communities were concerned when the NSW Government installed Viv May as Administrator of Cumberland Council given he had driven the outsourcing of hundreds of local jobs when previously employed as General Manager at Mosman Council.

“Tonight will see the NSW Government’s hand-picked Administrator act as judge, jury, and executioner, making a decision that may lock local ratepayers into an expensive, inflexible, long-term contract,” he said.

“There are alternatives, and the USU has already identified opportunities to increase waste collection productivity by 20 per cent while retaining local jobs and maintaining a comparable level of service.

“What happens today will reveal whether the NSW Government’s amalgamation policy really is about delivering for the community, or is simply a ruse to justify the slashing of jobs and services.”

What: Protest against council outsourcing
When: 5pm, Wednesday 15 February 2017
Where: 16 Memorial Ave, Merrylands 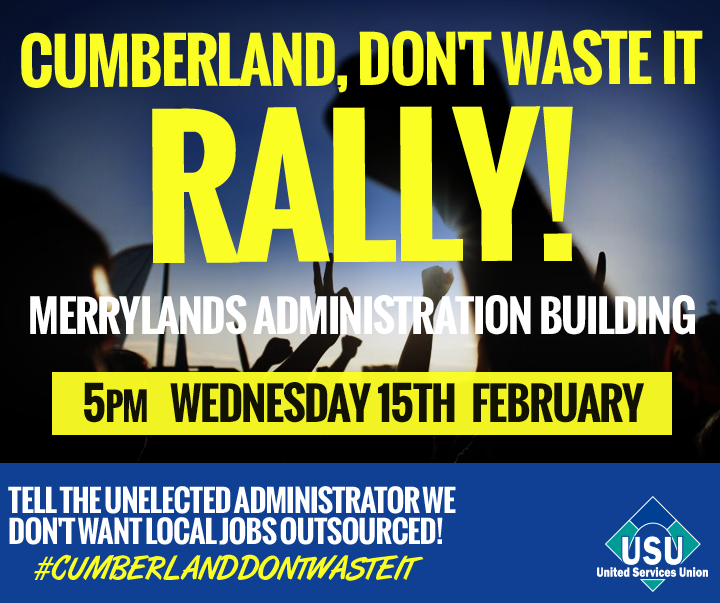 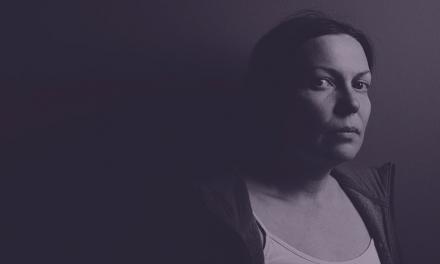 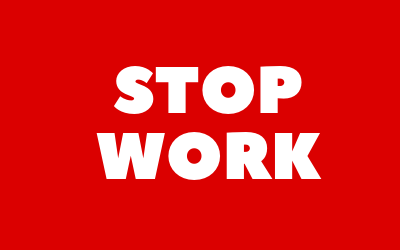