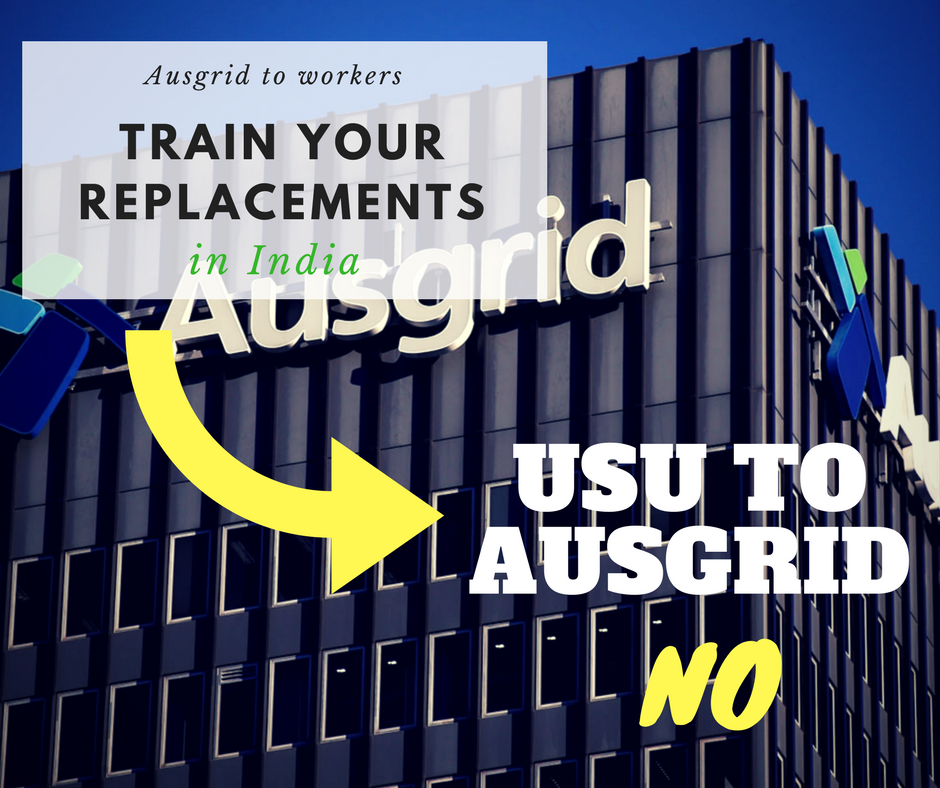 As you may have seen in the Sydney Morning Herald (29/08/2017), officials from your union and the ETU were hauled before the Fair Work Commission in the latest argument surrounding Ausgrid’s terrible decision to outsource some of its most critical and sensitive asset information to an overseas corporation, TATA. To make matters even worse, in an outrageous move, Ausgrid workers were expected to train their own replacements – is it any wonder our members supported the union in saying NO!

Ausgrid brought us before the Commission arguing that our circular to members “banning” training of contractors constituted industrial action, a claim your union and the ETU disputed.

Representatives from both unions made submissions to the Commission defending their actions and the actions of our respective memberships who have complied with the so called order.

Ultimately, what transpired showed the Fair Work Act to be a broken piece of legislation that allows multi-billion dollar corporations to offshore work, even in an environment when the sale of Ausgrid to Chinese and Hong Kong based interests was blocked on the grounds of national security.

It was recommended that the so called ban be lifted by the unions. The unions will comply with the recommendation of the Commission.

Both unions have been approached by various media outlets who have taken a keen interest in these developments. Even 2GB, a notoriously conservative radio station, has given your union a good hearing and are sympathetic to the plight of Ausgrid workers who are seeing their jobs go off-shore.

MEMBERSHIP
If you or someone you know is not a member of your union, please complete the attached membership form or join online at www.usu.org.au/join.

Members who refer others for membership will be eligible for a payment of $50 per member joined. These payments are paid periodically throughout the year. 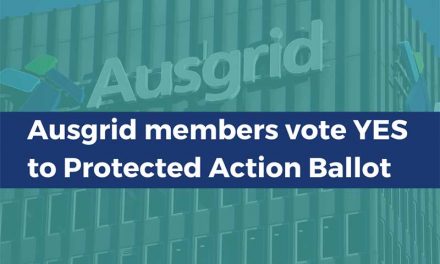 USU@AUSGRID: Your EA documents are available to check from today