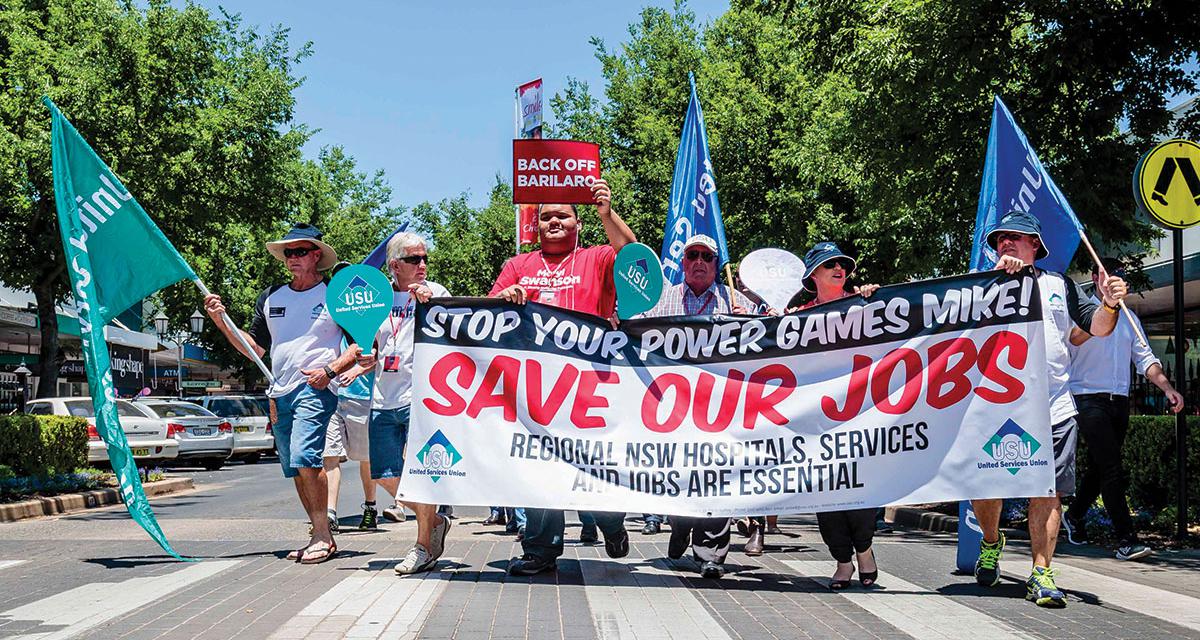 Hundreds of people have today rallied in the heart of Dubbo, demanding immediate intervention by the NSW Government to save hundreds of regional jobs after management at publicly-owned electricity distributor Essential Energy gained approval to make 600 staff forcibly redundant.

Among the protesters were Essential Energy workers from Dubbo, Wellington, Mudgee, Narromine, Gilgandra, Dunedoo, Parkes, Orange, and even as far away as Port Macquarie.

The workers were joined by community members who are not only concerned about the loss of jobs at Essential Energy, but the growing number of public service positions being stripped from the region as a result of outsourcing, privatisation, and other public service cuts.

“And now, management at publicly-owned electricity distributor Essential Energy have been granted approval to forcibly axe 600 regional jobs by July 2018, and then up to 1,000 more jobs in 2019, yet National Party leader John Barilaro has publicly refused to take action.

“Today’s rally by hundreds of local people from all walks of life confirms that the same anger extends throughout regional NSW and the Liberal National Government will be held to account across the state if they continue to put the jobs, services, and communities of regional NSW second to the interests of their mates in big business.”

ETU deputy secretary Dave McKinley said there is no doubt the Essential Energy job cuts would hurt workers and communities, with the Fair Work Commission confirming as much in their decision.

“The industrial umpire has told the NSW Government loud and clear that these job cuts will hurt regional workers and their local communities,” Mr McKinley said.

“The full bench of the FWC stated that many of these redundant employees will struggle to find alternate work, requiring them to relocate their families to find new jobs, causing a loss of income that can be spent locally and a reduction in community involvement. 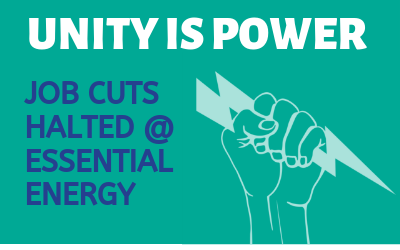