Inspiring USU members taking up the fight to win a seat to represent the people in their electorates. 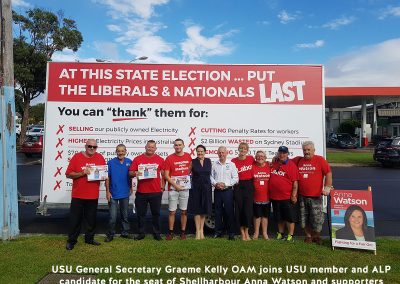 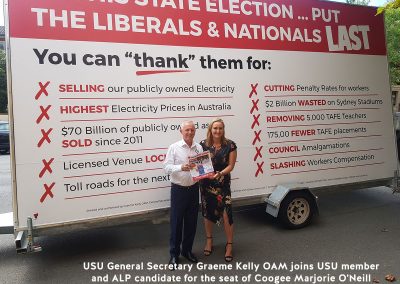 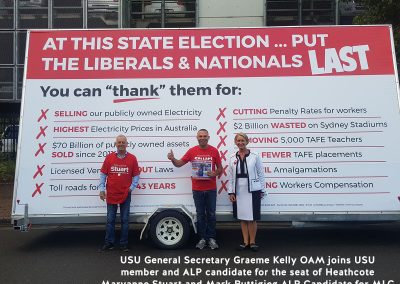 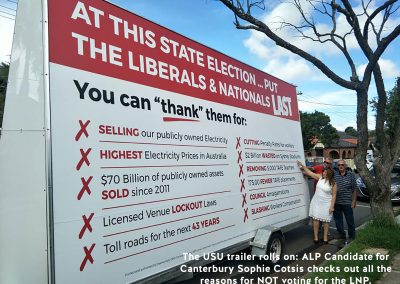 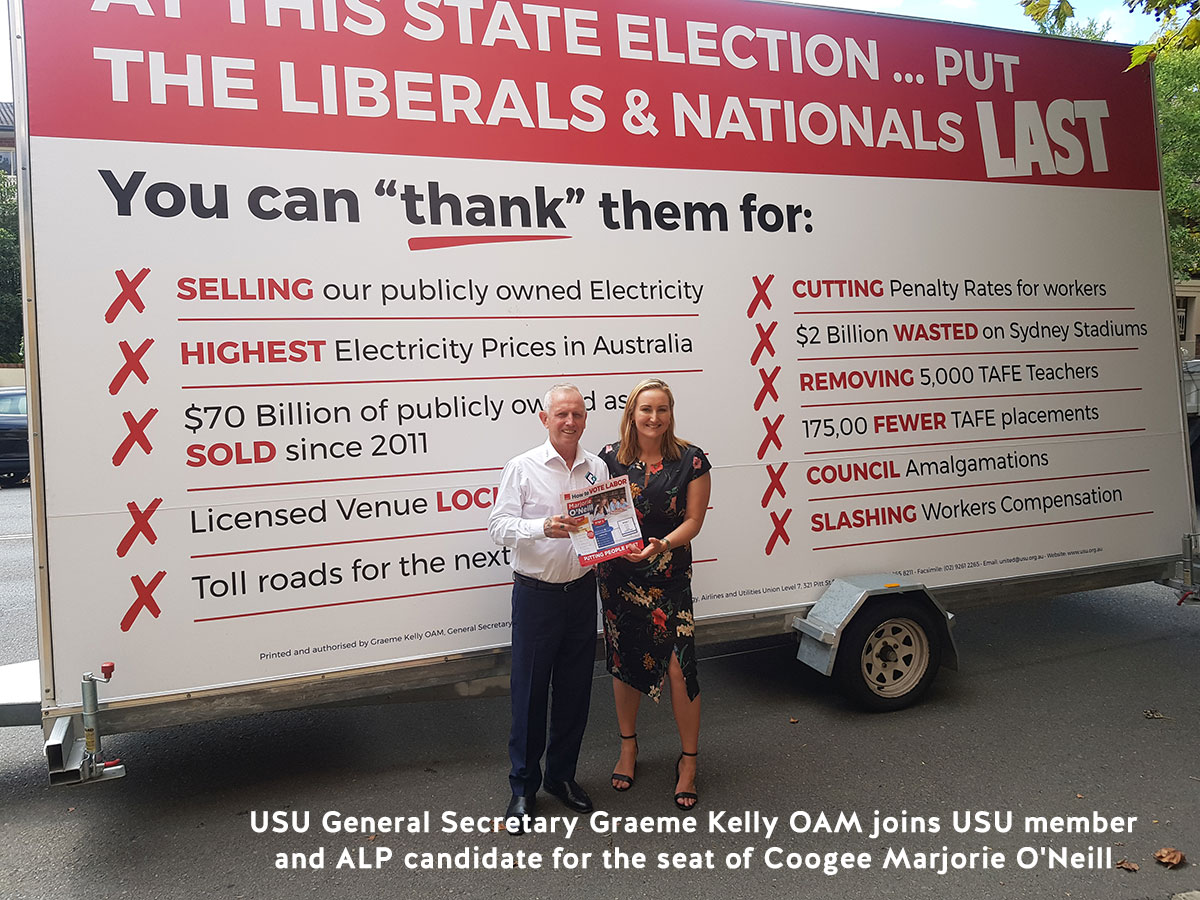 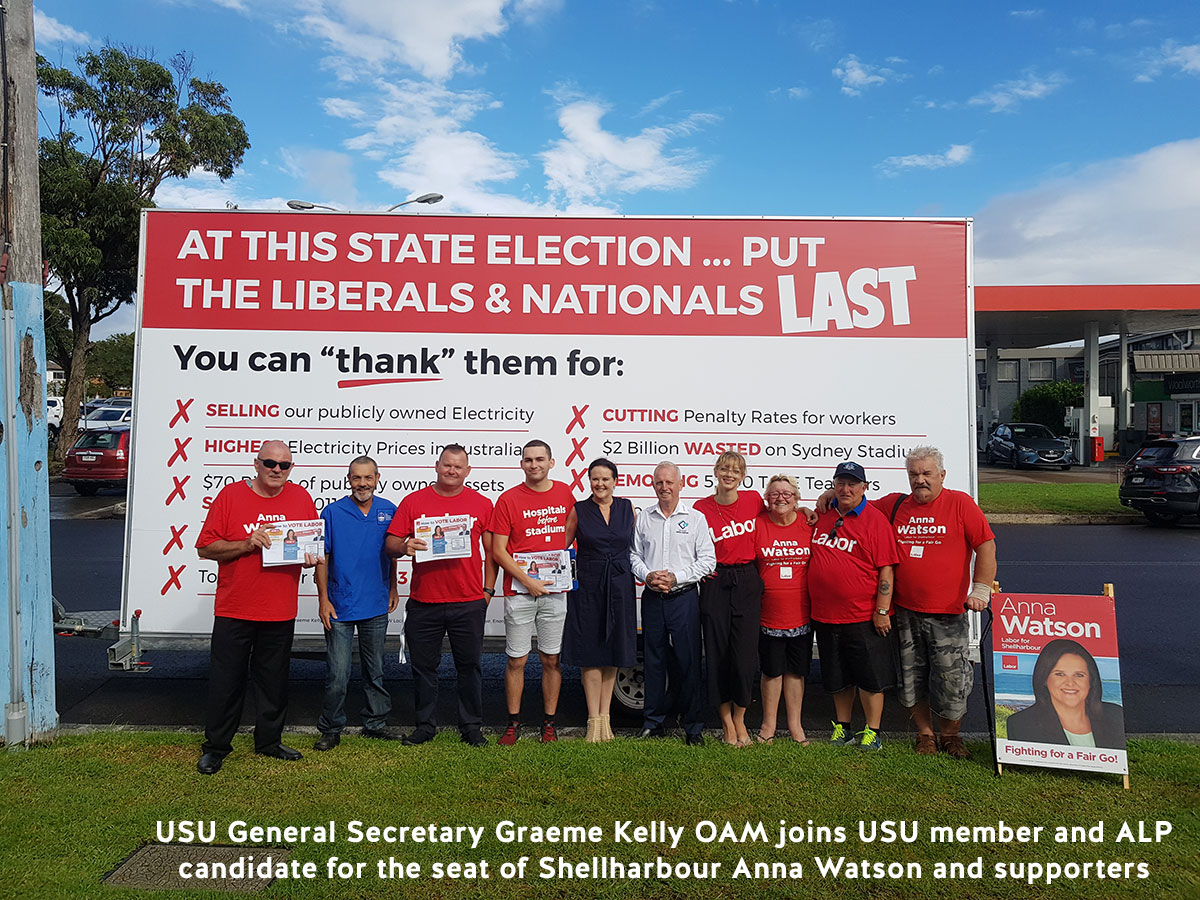 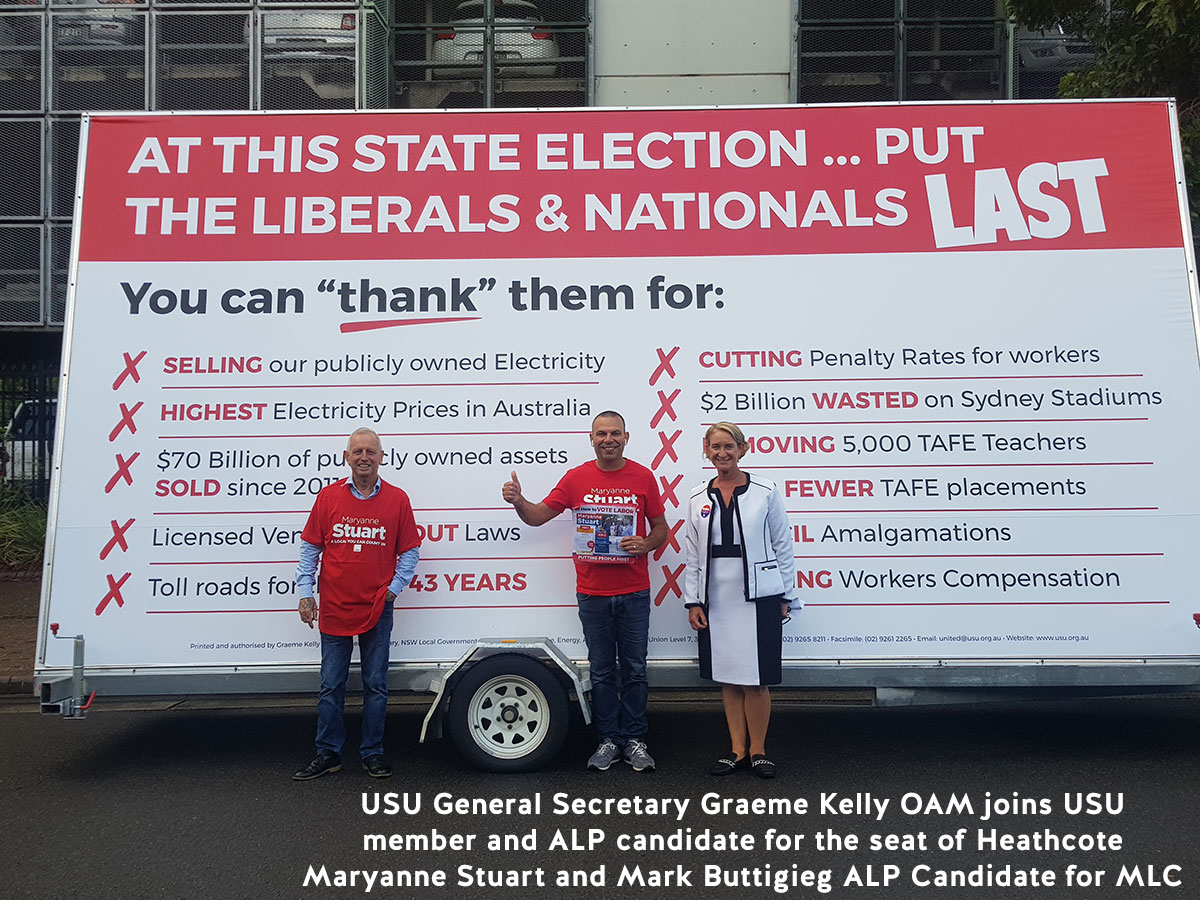 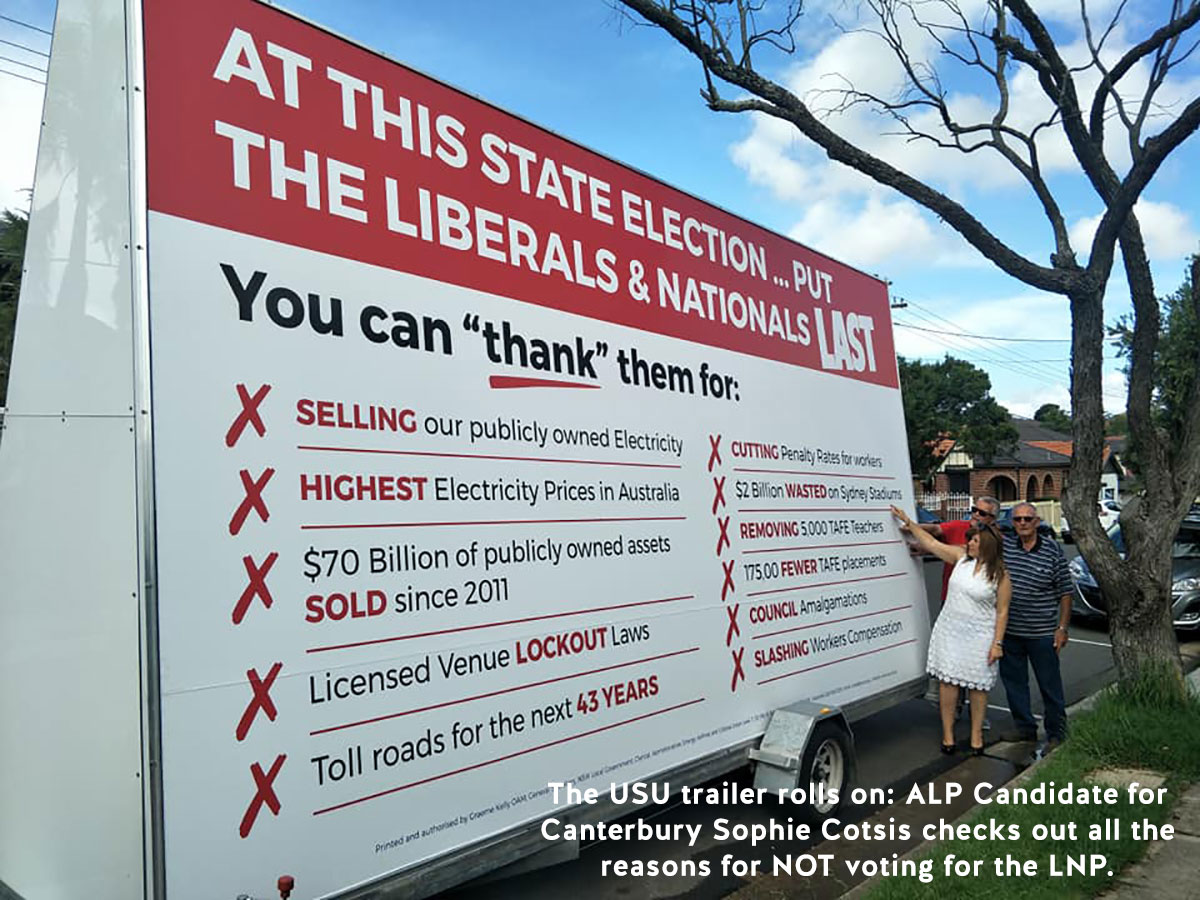 WHY YOU SHOULD VOTE, AT THE UPCOMING MARCH STATE ELECTION, TO PUT THE LIBERAL/NATIONAL COALITION MEMBERS LAST!

Did you know that since coming to power the NSW Liberals and Nationals have sold $70 Billion worth of publicly-owned property and services?

On 23 March we all head to the polls to elect a new State Government. Before you vote I urge you to think about the issues that have impacted you and your family over the past 8 years of an O’Farrell/Baird/Berejiklian government and put them where they put you – last!

In addition to the massive sell-off of $70 Billion worth of public assets and services, there are a range of issues that have directly affected working families across NSW, including: the sell-off of our publicly-owned electricity and the huge hike in prices leading NSW households to have the highest prices in Australia; removing 5,000 TAFE teachers and 175,000 TAFE placements; leaving drivers with 43 years of TOLL roads. Add this to council amalgamations and billions wasted on new stadiums and there is not a lot to thank them for!

The list could go on and on but at the end of the day, it is about how your family lives and what future they face. Please consider these three overwhelming reasons why you should put them last:

If you or any friend or family member is injured whilst at work in NSW you will currently find it very difficult to live on the current benefits – particularly if the injury forces you into early retirement.

2. Cost of Living
The then Baird-led State Coalition Government promised cheaper electricity when it PRIVATISED THE STATE-OWNED POWER COMPANIES. The cost of electricity is dearer than ever and many households struggle to pay their bills.

This has HELD BACK FAIR COST OF LIVING INCREASES to hundreds of thousands of hard-working public sector employees. However, the fat cats at the top have been able to secure increases and bonuses in many cases well above the wage cap!

While the NSW Local Government State Award for council workers is not legally capped thanks to the Labor opposition and minor parties such as the Shooters, Fishers and Farmers Party and the Greens, the USU believes that the IRC would be under pressure not to allow Council workers to be awarded pay increases above 2.5%.

WHAT CAN YOU DO?

ONLY A CHANGE OF GOVERNMENT AT THIS STATE ELECTION CAN REVERSE THE UNFAIRNESS AND DAMAGE OF EIGHT YEARS OF CONSERVATIVE ATTACKS ON WORKERS’ FAMILIES AND THE SELLING OFF OF THE STATE’S PUBLICLY-OWNED ASSETS.

WHEN YOU VOTE PUT THE LIBERALS AND NATIONALS LAST. BETTER YET PLEASE CONSIDER HANDING OUT HOW TO VOTE CARDS AT A BOOTH ON ELECTION DAY OR ON PRE POLL.

If you have any questions or concerns regarding this email, please call our Support Team on 1300 136 604 or email us at united@usu.org.au 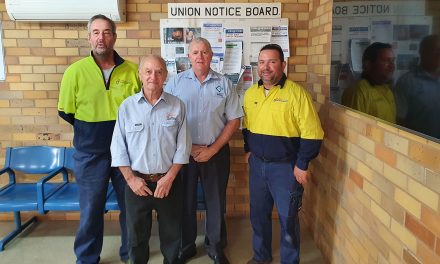 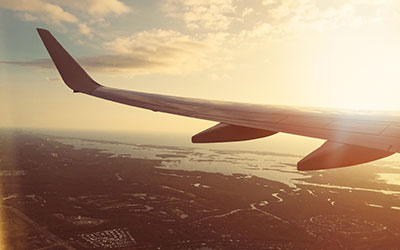