We will never forget: Paying tribute to the Hilton bomb victims

Monday 13th February 2017 will be the 39th anniversary of the Hilton bombing. At about 12.40am on Monday 13 February 1978, a bomb hidden in a public garbage receptacle was unwittingly placed into the back of a garbage truck when the rubbish was emptied. It exploded inside the truck, outside the Hilton Hotel in George St, Sydney, instantly killing the two garbage men Alec Carter and William Favell going about their job at the back of the truck. The Late Constable Paul Birmistriw, stationed at the entrance of the hotel for the Commonwealth Heads of Government Regional Meeting (CHOGRM), died 9 days later of his injuries from the bomb blast. Former Constable Terry Griffiths was seriously injured and left the NSW Police Force ‘Hurt on Duty’. Australian Prime Minister Malcolm Fraser & twelve foreign leaders were staying at the hotel at the time of the explosion.

To pay tribute to those lost and their families a memorial will be held at 10am on Monday 13 February 2017. 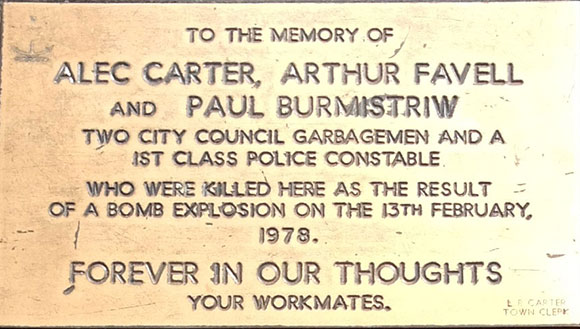 USU General Secretary Graeme Kelly said Mr Carter and Mr Favell were known to be “larrikins” and “dedicated family men”. “These men were just doing their jobs and were taken from their families and friends and by remembering them each year we honour them. At the time of the tragedy the (then) Municipal Employees Union set up fundraising and trust funds to help the young families. By continuing to pay tribute each year we are saying – we will never forget.”

Those responsible for the bombing have never been found.

DETAILS OF THE MEMORIAL 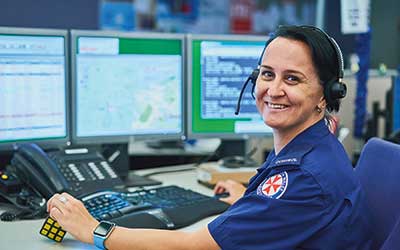 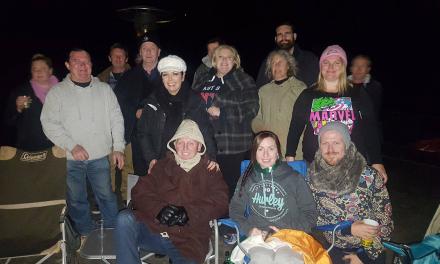