On 30 July, the United Services Union met with representatives of Qantas management and HR to discuss ongoing roster disputes.

The Union has lodged a dispute with the Fair Work Commission to clarify the meaning of an EBA clause which limits the number of ordinary hours that can be worked in 14 days. The Union is concerned that members are being required to work roster patterns which can be fatiguing and which may be unsafe.

Qantas management believe they are compliant with the EBA, the main dispute is whether to count the 14 day period starting from any given day or from a certain fixed starting point. Management believes that according to each roster line, they keep within 40 hours per week and the result is within 14 day limits as well. The Union wants to protect staff from changes that cause disruption to their lives or any outcome that is unworkable. The parties are due to report back to the Fair Work Commission by 4:00pm on the 5th of August 2019.

ROSTER COMMITTEE
The re-formed roster committee is due to meet again on 26 July 2019 and Qantas management stated that the latest new roster is due to go through the committee before their planned adoption date of 31 July. It is a win for members that we have revived the roster committee as it should always have been in place to go over all planned changes. However, the only point of a roster committee is to be active, alert and engaged on any impact to staff. The USU urges roster committee reps to communicate planned changes to all employees, and members should be loud and clear on any safety concerns, perceived EBA breaches and fatigue that may result from draft proposals. If changes are acceptable, this is a positive outcome. If change will cause real problems, the Union needs to know. The Union welcomes the input of roster committee reps with any feedback they receive after consulting with staff. It is critical that copies of the draft rosters and members’ feedback be communicated to the Union delegate and also in writing to the organiser.

SHIFT VARIATIONS
Members are urged to exercise their rights under the Agreement. All airline officers are entitled to penalty rates of double time for working to a changed roster with less than 48 hours’ notice when required to do so by the employer. It is not good enough for any worker to present for a shift and find at the last minute that their shift has been delayed or be told they are “late” for a changed start time that was varied without their knowledge.

The Union does not agree that there can be any mutual consent to perform work for less pay than what the EBA requires. All workers required to work a changed roster with less than 48 hours’ notice should get their penalty rates paid, this is your entitlement. All employees whose shifts are changed with this short notice can insist upon the appropriate penalty rates when agreeing to take the work. Qantas can give you the altered shift at short notice or not, but nobody can force you to work for less than your Agreement rates of pay.

Qantas management claim that showing up to do the work means you have mutually agreed and no penalty is owing. There is a simple way to avoid word games: always simply agree to the shift variation with less than 48hr notice “in return for the full penalty rates as per EBA 11”.

We need solidarity among all staff to prevent WP phoning around until they find someone who does the work for base rates or not knowing their rights to additional pay. Stand by your mates, don’t get short-changed. If we all exercise our rights to the full EBA rates, then there will be nowhere to turn for undercutting the Agreement. Qantas says they are not breaching the agreement –solidarity will ensure that it can’t happen. 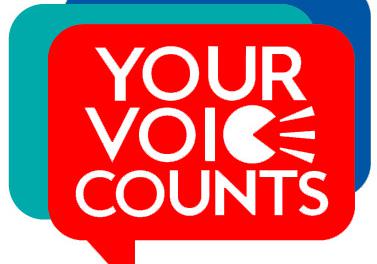 Qantas: have your say on the Fair Work Commission conciliation