The community has their say on Blue Haven

On 16 June the USU hosted an event to allow the community to have their say on the future of Blue Haven.

They are doing this without Community Consultation.

These facilities were created by the Community to future proof your Council from sky-rocketing council rates and to offer high quality aged care for local residents.

A community meeting was arranged for members of the community to have their say!

We acknowledge and appreciate the following members of the community for speaking at the event and supporting the USU and their members and the residents of Blue Haven.

Staff, residents and members of the public were very vocal throughout the meeting with lots of comments coming from the floor:

We work for Blue Haven because we choose to work for a community run service, not a profit driven business.

The staff are dedicated to the residents of Blue Haven – our jobs and quality of care are under threat if it’s sold to the highest bidder.

Save our jobs and our homes by keeping Blue Haven in community hands.

Consultation is not the same as information after the fact.

Where is our money, Jane?

If you sell us out, we want our money back.

We deserve to live out the rest of our lives in peace without the threat of council selling our homes.

Announcing the sale, the day after a federal election, strategic or stupid?

Remove the sale from the agenda.

We want an independent audit of the books.

There was strong support for Blue Haven remaining in public hands and emotions were evident as elderly people from the community voiced their concerns. Many residents had family members attend on their behalf and they were outraged by the lack of consultation and transparency from Kiama Council CEO Jane Stroud, Mayor Neil Reilly and the Councillors. Ms Stroud didn’t make herself available for the meeting on Thursday night, despite being invited to attend.

Nursing and administration staff turned up to have their say on the future of nearly 200 jobs and the impact on the local area if council potentially lost half of its workforce.

A petition was introduced at the meeting and the community are encouraged to sign in support of the workers and residents of Blue Haven. Please sign it here. 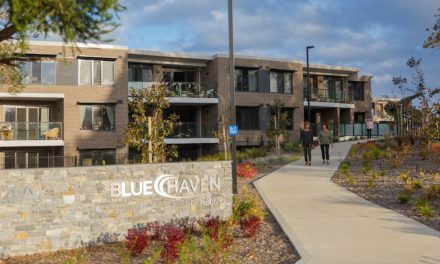 The USU is here for you regardless of the Bluehaven sale 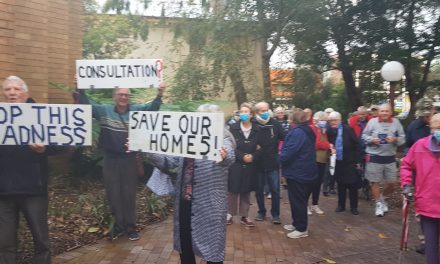 Community has their say on Blue Haven sale