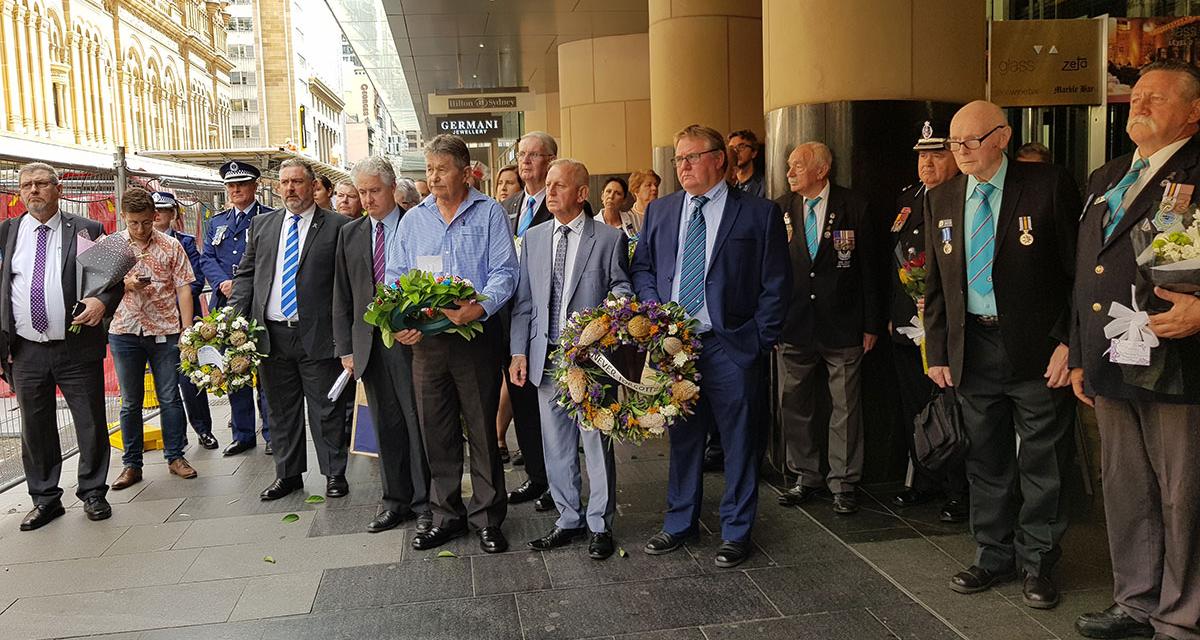 Today marks the 41st anniversary of the Hilton bombing. To pay tribute to those lost and their families a memorial was held.

Members of the United Services Union (USU) joined the NSW police, family and friends at the memorial. 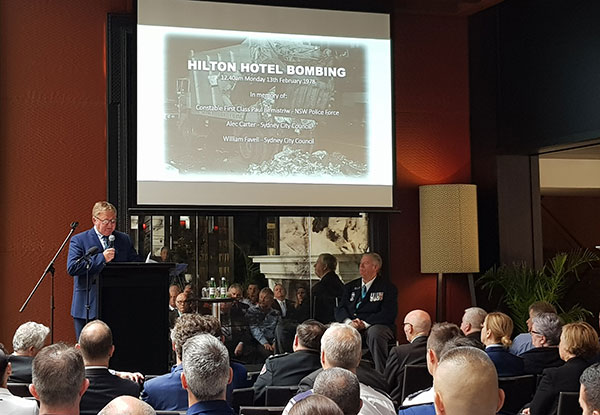 At about 12.40am on the 13th of February, 1978, Council workers Alec Carter and William Favell were killed by a bomb placed in a rubbish bin outside the Hilton Hotel. Two other council workers, Bill Ebb and John Watson, were injured by the blast. NSW Police officers standing nearby were also in the line of fire. Constable Paul Burmistriw died in hospital from his injuries. Constable Terry Griffiths survived, but was so seriously injured that he was never able to return to the job he loved.

Within hours of this first modern terrorist attack on Australian shores, the General Secretary of the Municipal Employees Union — now the United Services Union — had made a solemn pledge: our union would never forget the those workers killed and we would stand by their families.

Forty one year on, we gather here with our brothers and sisters from the Police Association of NSW to uphold the pledge made that day by Peter McMahon OAM.

We continue to remember the lives that were tragically cut short and we continue to offer our thoughts and support to the many other victims of this attack — the injured workers, the wives, children, family and friends whose lives were forever changed on that day.

Still in shock, workers at the City of Sydney donated their entire pay packet on the day of the attack to the union fundraising effort. Within three months, trade unionists had raised $150,000. Every cent of that money went to support Alec’s wife Jean and daughters Susan and Christine, along with William’s wife Jeanette and daughter Cassandra.

When Alec and William went to work on that fateful day, no one could have known it would be the last time they would see their wives and children. It was incomprehensible that a cold-blooded individual could even consider setting an explosive device on a Sydney street, putting the lives of innocent people at risk.

While acts of terrorism are thankfully rare, we still see far too many Australians dying at work. Rather than falling victim to a bomb, their lives are often claimed by indifference, negligence, laziness, or profits being placed ahead of safety.

When we stand here today, we do more than just remembering the dead. We also commit ourselves to defend the living.

No family should go through what these families did. No child should have a parent go to work, but never return. No one should kiss their husband, wife, or partner goodbye, not knowing whether they will come home safely.

Today, we not only continue to uphold our pledge to the families of those killed and injured 41 years ago, but we add to it with an unwavering commitment to change the rules and change the system to achieve safe, secure workplaces for all Australians. 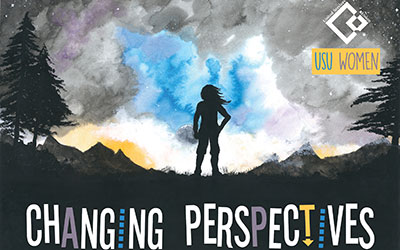 Slater and Gordon EBA negotiations delayed because of Covid-19 pandemic 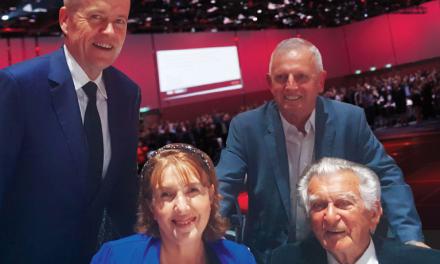 United magazine Winter 2017: Why we fight