AWARD 2020: TO ALL NSW LOCAL GOVERNMENT EMPLOYEES REGARDING A THREAT TO HOW YOUR OVERTIME IS PAID

In the Employer’s Association Log of Claims for the 2020 NSW Local Government State Award, the Employer’s Association (LGNSW), have put forward numerous claims which seek to remove or reduce existing rights and conditions provided in the 2017 State Award as afforded to the overwhelming majority of employees in NSW Local Government. This update deals with the employer’s claim which seeks to attack your existing rights regarding the qualification and method of payment of overtime. 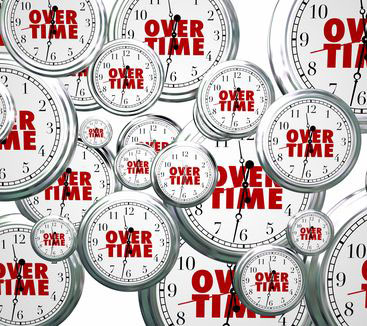 The Employer’s Association claim that the current entitlements and rights to when overtime is paid is confusing for some Councils. If this is the case the problem does not lie with the Award but with the inability it would seem for those responsible in HR and Management to understand their obligations under the Award.

Clearly some of those complaining would prefer to have no overtime in the Award or even an award.

The USU will never agree to reducing your existing rights and conditions regarding the payment of overtime.

If it was allowed to become reality this attack on overtime would greatly impact on many thousands of workers who work overtime regardless as to whether or not they are in the relevant Union or not. Non-members should be considering these attacks on the industrial instrument (award) that provides the industry conditions such as overtime. Should the industry ever see a significant fall in Union Member numbers there will be no one there to oppose these attacks on the Award conditions when each Award is due to expire and a new Award needs to be negotiated.

The Employer’s Association Log of Claims dated the 9th of August 2019 under claim number 10 states the following:

a. In excess of the maximum daily ordinary hours, as specified in subclause 18A(ix)

b. In excess of the maximum weekly ordinary hours, as specified in subclause 18A(i), or

c. On days other than ordinary working days, as specified in subclauses 18A(iii) and 18A(iv).

WHAT THIS MEANS TO YOU

This attack on existing overtime conditions could for example result in a 38 hour a week employee being required to work 12 hours a day for 3 days and still not be entitled to the payment of overtime as they had not yet exceeded their 38 hours for the week.

Obviously the same problem would arise for any employee whether they normally work 38, 35 or even permanent part time on lesser hours where they would need to exceed their normal weekly hours of work before qualifying for overtime.

The award also provides for a maximum daily number of ordinary hours in any one day of 12 hours exclusive of unpaid meal breaks, however as workers would know most workers work several hours less than this on their ordinary working day roster, even when you factor in additional time worked to accrue rostered days off.

Overtime like weekend penalty rates at times can make up a significant part of some workers’ take home pay. This is money that often these employees rely on. Taking this away is taking money from your back pocket. Even worse we have had some reports that some Councils are already trying to do this! If this is occurring please notify your union immediately as it is comparable to an employer stealing from your pay.

Stand united with the USU and support us in our opposition to this unfair claim.

JOIN THE USU TODAY
Non-members should join the USU to strengthen our campaign to help protect your current award rights and conditions such as overtime and to protect your take home pay. 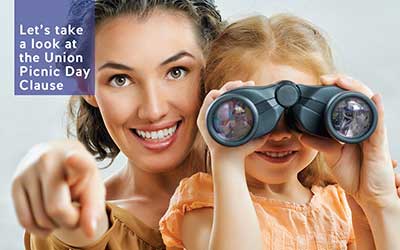 Local Government Award: Did you know that you have rights that non-members do not? 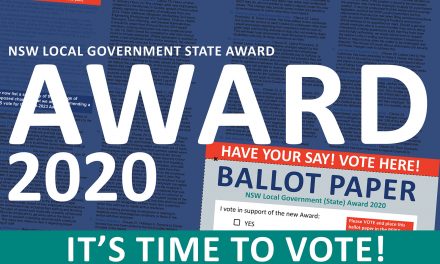 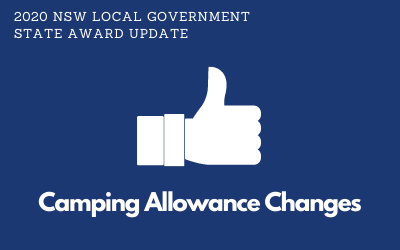 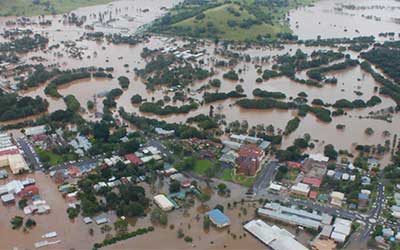