Any member with concerns about redeployment should talk to their union organiser Troy p: 0419 403 076 e: tdunne@usu.org.au

Re: Ausgrid’s dispute and conduct with workers and unions

The United Services Union is writing to express unequivocal support for the ASU/USU, ETU & Professionals Australia members working at Ausgrid.

We are concerned with reports of job losses, offshoring of work, and poor treatment of workers. We seek that you give this matter your immediate attention.

The United Services Union expects AustralianSuper, as a major shareholder, to stand by employment protections for workers as outlined in NSW Legislation, and to negotiate in good faith with the relevant unions to achieve a fair and reasonable outcome for workers.

We expect Ausgrid treat all employees with respect and ensure those employees currently classified as “redeployees” are engaged in ongoing meaningful work suitable to their skills.

The United Services Union is concerned the current “redeployee” policy is designed to abrogate Ausgrid’s legislative redundancy requirements, and in doing so has humiliated and made workers feel worthless.

I’m sure you would agree that the current situation is unacceptable. I look forward to your efforts to rectify the situation. 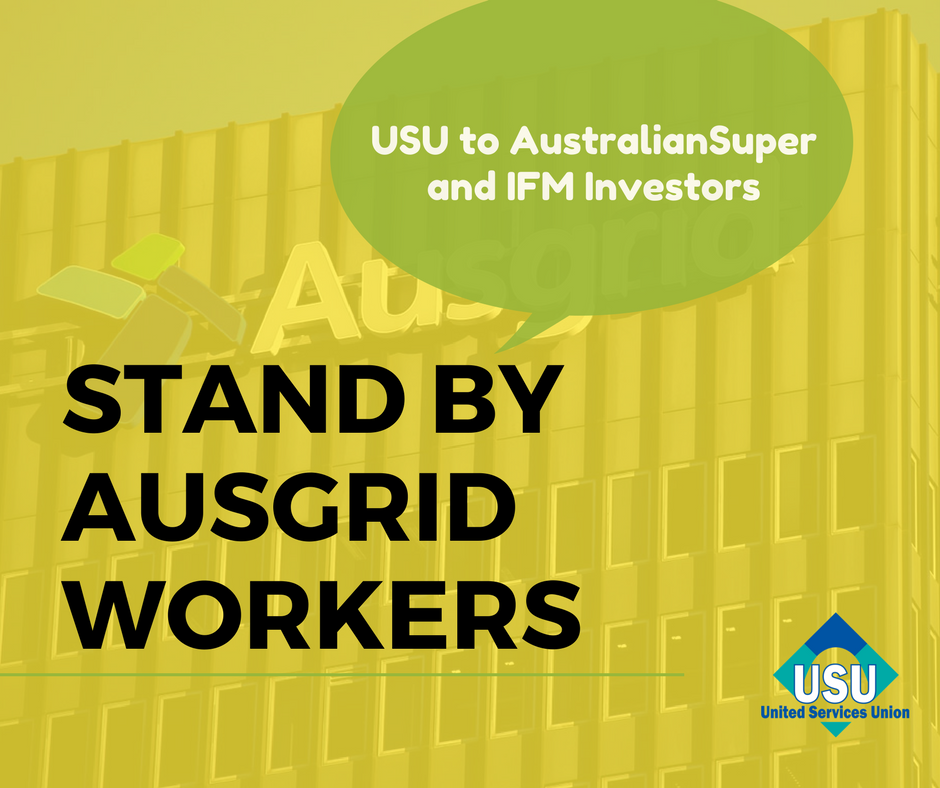