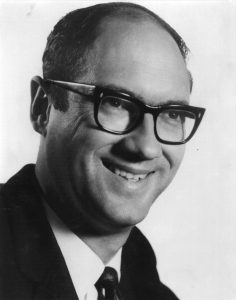 The Hon Peter McMahon A.M. passed away peacefully on 13 March 2022 following a short illness, Peter will be deeply missed by family, friends, and former colleagues.

In 1960 Peter was selected by the ACTU Executive as Australian Trade Unionist to Britain and Europe as “Imperial Relations Trust Bursar” for a period of six months.

Peter was a giant of the trade union movement who made an enormous contribution ensuring that working people had a voice and a place in our industrial and political systems.

Peter never stopped advocating for working people and he will always be remembered by his United Services Union family, may he rest in peace following a life well lived and one that delivered so much for so many.

By Michael Easson (originally published in the Sydney Morning Herald)