On Thursday 20 October 2016 the Liberal Government again introduced legislation to cut government funded pay parental leave. The Government’s previous attempts to cut the pay of parents after the birth of their child have been rejected by the Senate, however, they are now trying again.

How does the current Paid Parental Leave system work?

Eligible new parents are paid government funded leave for 18 weeks’ at the National Minimum Wage (currently $672.70 a week) – this is paid in addition to paid parental leave that they are entitled to from their employer.

How would Paid Parental Leave work under the Liberal Government proposal?

The Liberal’s latest proposal would change parental leave arrangements so that:

Here are some examples:

Olivia is a Disability Support Worker who earns $40,000 a year, and is entitled to 6 weeks’ paid parental leave from her employer.

Olivia and her family will be $4,037 worse off under the Liberal’s new proposal.

Susie works at Check-In for Qantas and has a base rate of pay of $50,955 a year. She is entitled to 14 weeks’ paid parental leave at her base rate under the new Qantas Enterprise Agreement.

Currently, if Susie had a baby and was the primary carer, she would be paid 14 weeks’ by Qantas, and an additional 18 weeks’ pay at the National Minimum Wage by the Federal Government.

Under the Liberal’s new proposal, Susie would only be entitled to 4 weeks’ pay at the National Minimum Wage from the Federal Government, on top of the 14 weeks’ pay at her ordinary wages from Qantas.

Susie and her family will be $9,417 worse off under the Liberal’s new proposal.

Why do USU/ASU members oppose these changes?

Everyone knows the importance of caring time with an infant, the bonding that occurs along with the development of physical, psychological and intellectual health and well-being. The current scheme was designed to include financial contributions from government and employers and aims to meet the World Health Organisation (WHO) recommendation for at least six months paid leave for new parents to promote child and maternal health, build strong families and help mothers stay in the workforce. These cuts will mean many new parents will face hard choices, that could see them spend less time with their babies during those critical early months.

The Federal Government’s cuts will hurt all parents who have balanced their wage rises and other entitlements against achieving better paid parental leave in their enterprise agreements. Under the Liberal’s proposal their employer contributions will now be deducted instead of added to the Government’s contribution.

This is nothing more than a pay cut for new parents. It will leave tens of thousands of families worse off. Unions spent 30 years campaigning for a national paid parental leave scheme – we must not allow our current scheme to be dismantled by this Liberal Government.

It’s time to fight back – we deserve better. 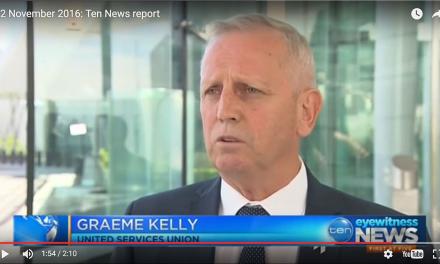 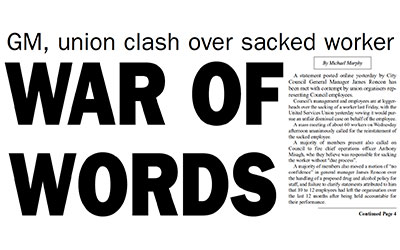 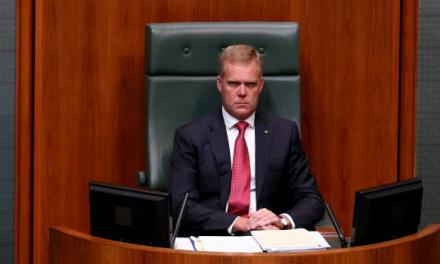