The following motion supporting Steve’s nomination to Life Membership of the USU was endorsed at Conference 2019. 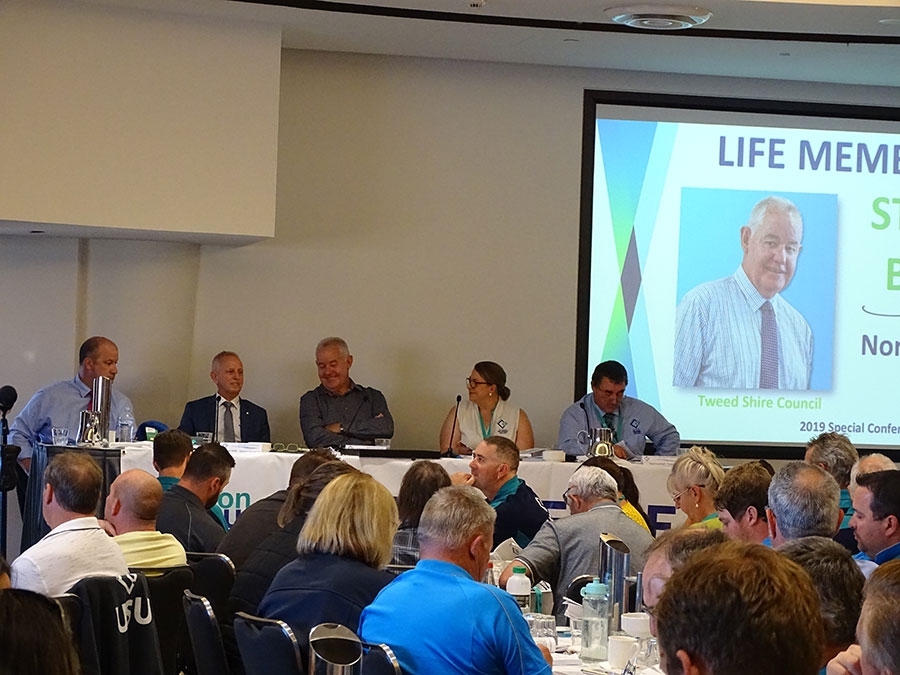 Steve commenced his employment at Tweed Shire Council on the 1st of May 1979 as a plant operator.

He joined the MEU on the same day.

He was elected as an MEU Workplace Delegate in 1984.

He negotiated Council agreements which included a nine day fortnight and payment for untaken sick leave for all staff at Tweed Shire Council during the 1984 to 1986 period.

He joined the Australian Labor Party in 1986.

When the new MEU Regional Branch Structures were created in 1994 which included the Northern Branch, Steve was elected to represent the Tweed Shire Council MEU members on the Branch. 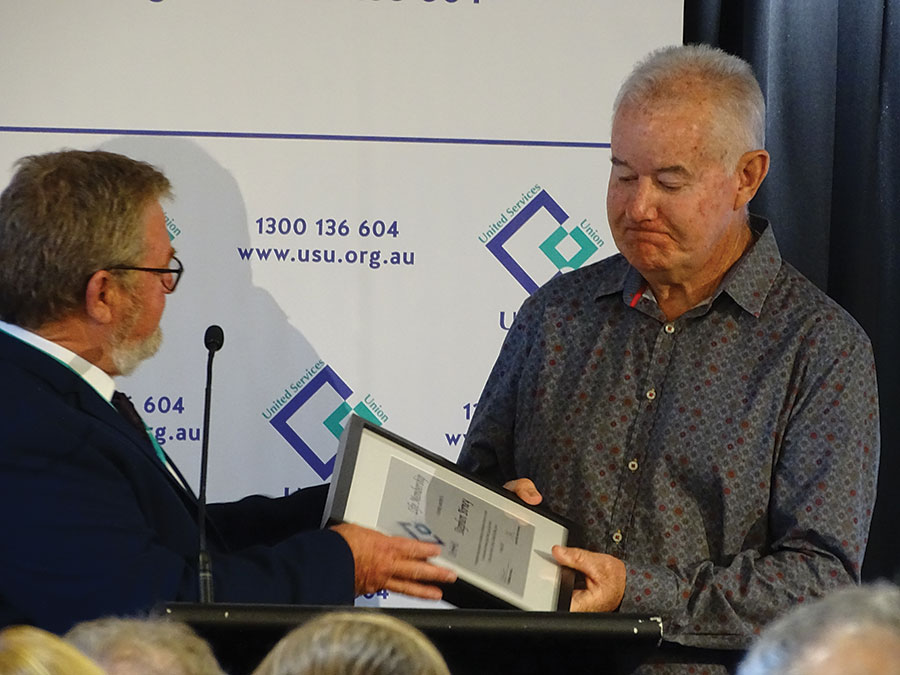 Steve served on the MEU and then post amalgamation on the USU State Executive from 1994 up until the 2019 elections where he chose not to seek re-election as he planned to retire in July 2019.

Stephen Hughes witnessed firsthand from the very first  MEU State Executive meeting that they both attended in 1994, the strong unwavering and honest character of Steve Birney in challenging what most today view as a stale and less than ideal leadership culture that existed in the MEU State Executive and some of the Leadership Group who ran the MEU during the 1980’s and up until the new 1994 MEU Branch and Executive Structure where Steve Birney and a few other MEU Executive members were able, within a few short years, to change the culture, to replace the Management  and Senior Executive and to take the MEU from deficit and decline into surpluses and growth.

Following the introduction of the new skills based award from June 8th 1992 to replace the several old prescriptive industry awards into one NSW Local Government (State) Award, Steve was at the forefront of his Council in ensuring a smooth transition from the old prescriptive awards into adopting a new skills based Salary System which provided all staff with a salary range unlike the earlier awards which only had salary ranges for most indoor positions. 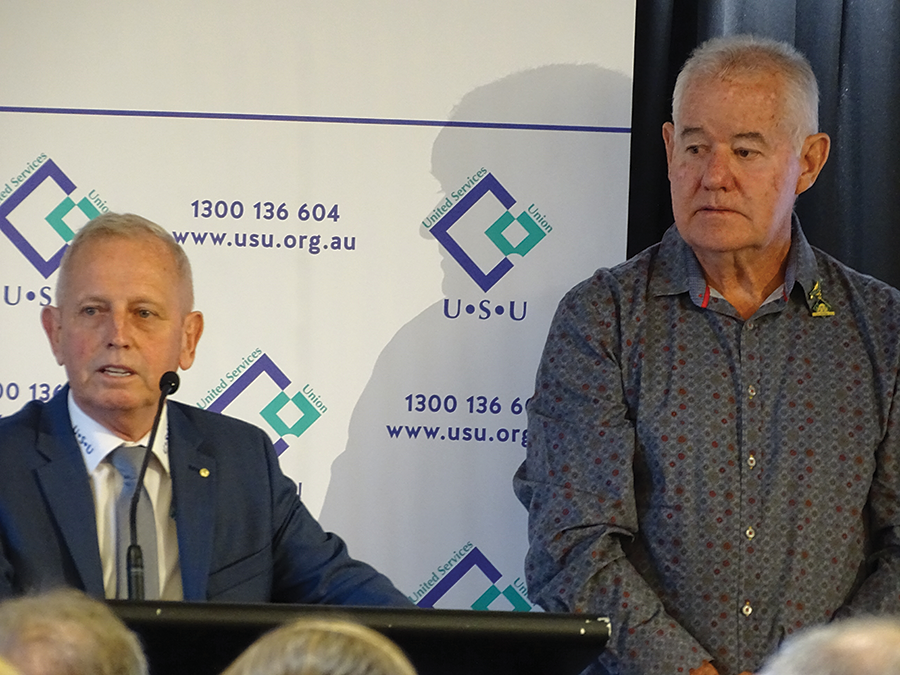 Steve personally sat with every one of the hundreds of Council employees to ensure that the transition was fair and consistent and that the new position descriptions were accurate and that the positions were given the appropriate salary range within the new award bands and levels system.

Steve served on Council’s then OH&S Committee for 20 years from when it was first established by the then new legislation in the 1980’s.

Steve served on Council’s Consultative Committee from when it was established following the introduction of the new skills based award in 1992 and remained on it until his retirement in 2019.

Steve convinced Council Management to create an Industrial Relations Committee who reported on industrial matters to the JCC on a monthly basis.

Steve negotiated numerous Council Workplace Agreements across Council over the years which include;

Steve represented all members equally at Council, whether or not they were white or blue collar.

After serving on the MEU State Executive from 1994, Steve was successful in ousting and outlasting the old stale regime and was elected Union President in 1999 which he held until 2019. 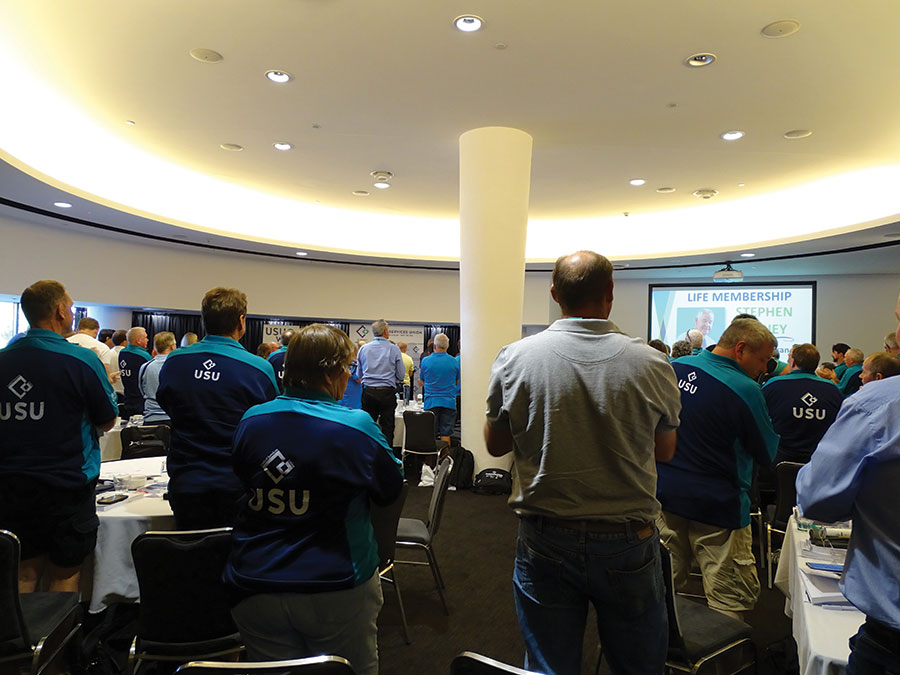 Steve never sought the position of MEU and later USU President for prestige or glory, he did it because those who had been running the Union had not, in many members’ opinions, been acting in the best interests of all members and he wanted to see the Union get back on track to surpluses, growth and better awards and conditions for our members.

Steve has been overwhelmingly successful in changing the old MEU/ USU culture to one that puts our members first.

Steve believes that the Union must have good governance and the correct policies and procedures in place which both demonstrate and enshrine that the Union belongs to the members and always should.

When the MEU amalgamated  with the Federated  Clerks Union in 2003, Steve became the inaugural President of the new USU, which he remained in following successive elections until his decision  to retire in 2019 and hence not to run again.

In 2003 Steve was also elected to a position on the National Executive and in 2015 he was further elected and elevated to the top position of ASU National  President of one of Australia’s largest Unions, being the ASU.

Steve quickly acted to introduce the same level of good governance and policy which he saw introduced into the NSW Branch of the USU, particularly regarding issues such as Board Fees received by Union Officers in representing their Union members on various Boards being returned to the respective Union’s funds to be used for the benefit of Union members and not kept by the Board members.

This led to some upheaval in at least one other State Branch of the ASU, with led to changes in leaders who did not want to comply with the new governance standards that Steve saw adopted.

Fortunately the new standards brought in by Steve have now been fully adopted across the various branches in the various states covered by the ASU.

Steve attended all of the NSW ALP State conferences and numerous Federal ALP conferences over the years where he always acted in the best interests of the Union membership and the Union.

Steve also attended many ACTU Conferences also at a peak level which has provided both hope and positive outcomes which continue to shape the lives of working class Australians and their families.

Steve only missed one Northern Branch meeting in his 25 years as Northern Branch Executive and Secretary roles and that was only due to the attendance at a funeral for his sister.

Steve’s commitment to the MEU, USU and ASU are of the highest ever standard and Steve leaves the Union in a far better position than when he first joined given his dedication and hard work in the positions of state Executive member, State President as well as National President. 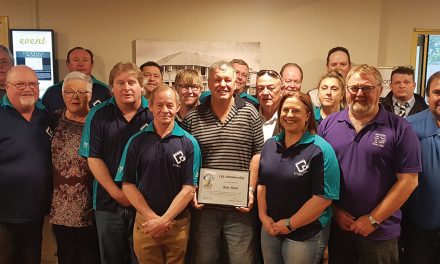 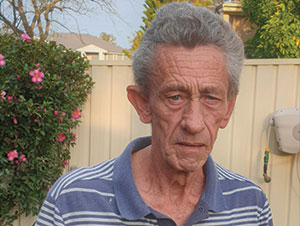