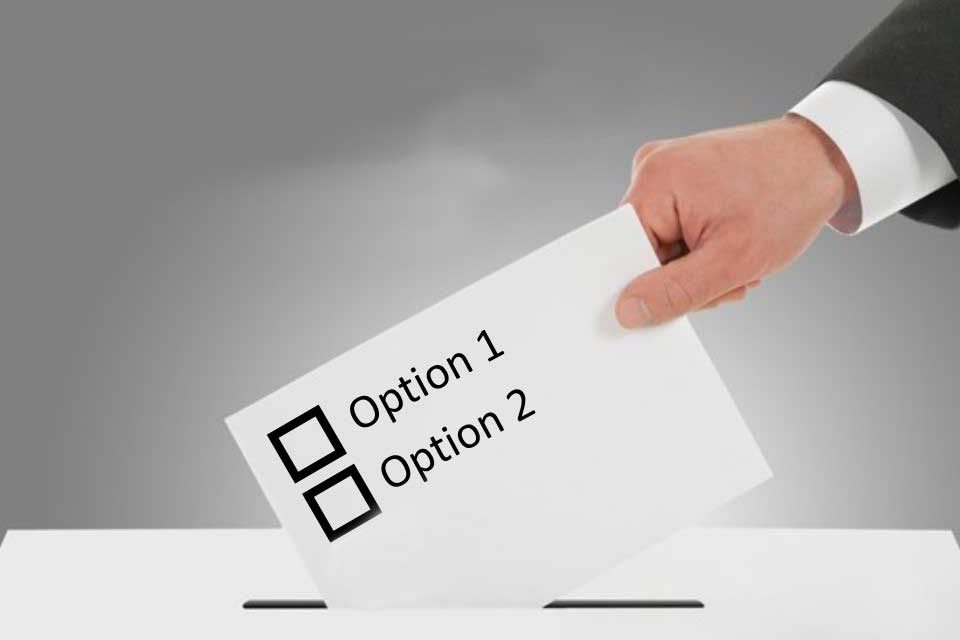 Tell the Union your view on hours per fortnight. Don’t sell yourself short.

The Union believes that Qantas ASU EBA 11 limits ordinary hours to 80 in a fortnight, and that certain parts of the customer service rosters may have exceeded this limit. Qantas management disagrees and the matter now needs to be resolved.

There are EBA tools which the Union can use to get members’ feedback, to present it to the employer, and if necessary, to the Fair Work Commission.

If the Union is correct, and if Qantas has truly exceeded ordinary hours limits, there are two issues that need fixing which come from this disagreement: what are the options for members if they have worked excess hours in the past, and How can the issue be fixed for the future.

What the Union needs right now is members to state their future expectation regarding the fortnightly hours of work.

Remember – Qantas is not bound by this survey, and your answer does not control any rosters. We are asking members what they want from their Union.

OPTION ONE: To continue working their present patterns on the condition that they remain within the daily, weekly and monthly limit of hours as per the Agreement, but continue with a similar fortnightly pattern of hours (this is what led to the USU view that the EBA limit had been exceeded) OR

OPTION TWO: Have the Union seek to enforce the Agreement with a view to strict limits of 80 ordinary hours of work in 14 consecutive days. Beyond this limit, the Union will pursue recognition of additional hours as overtime.

Under option one, this is likely to result in continued higher concentrations of ordinary hours within fortnightly periods. Ordinary hours are paid at base rates.

Under option two, this will mean the Union wants it recognised that the Agreement states an 80 hour limit in 14 consecutive days.

This will mean that for any worker who has completed 80 hours of work in 14 consecutive days, the Union will try pushing to have any extra hours recognised as overtime.

Please note that option two, pursuing the dispute, means the employer can either insert more breaks into the roster cycle, reduce the hours worked or expand the length of existing breaks to keep within fortnightly limits on ordinary hours. In fairness, split days off are ideally to be kept to a minimum, although this is just based on good faith agreement, but members should know that if the Union case succeeds, the Fair Work Commission may accept any type of reduced hours or additional break time, and there is some risk of an unknown outcome. Without good faith, disruptive break patterns are possible.

However, the work of running the terminal will not just go away. This means that even if published rosters reduce ordinary hours to keep within 14 day limits, the work required for airport operations doesn’t simply change for no reason. For any staff who reach their limit of ordinary hours, the Union will then seek to have hours beyond 80 per fortnight recognised as overtime hours according to the agreement.

Under EBA 11, the employer cannot be forced to provide overtime hours, will continue to be free to allocate ordinary hours to any employees who have not exceeded their limits, and to assign overtime to any staff as required. The Union believes that if workers on the whole have better enforced limits on ordinary hours per fortnight, this increases the overall average likelihood that further hours required of each worker beyond their ordinary hours should attract relevant overtime rates.

Why limit yourself to ordinary hours at base rates, if this is not what the EBA intended? When you exceed them, we should all push to prove it is overtime and try to get it paid as overtime. Whatever option you select, vote based on what is right.

PLEASE VOTE!
Members will shortly be sent an email with a link to vote for either option 1 or option 2. Voting closes at 5pm on 20th August.

For more information contact Thomas Russell on 0419 761 320 or trussell@usu.org.au 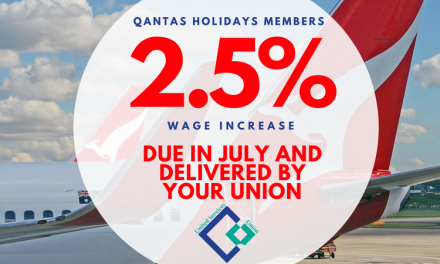 QANTAS HOLIDAYS MEMBERS: Your Union Agreement wage rise is due in July 2018