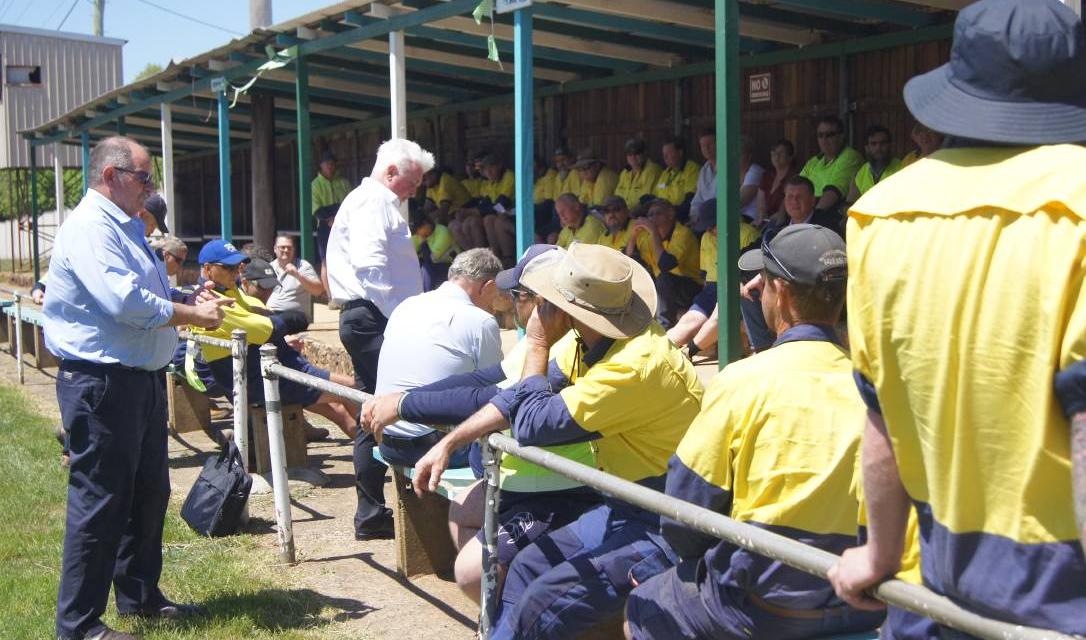 Council staff stopped work for more than an hour on Thursday to hear the outcome of negotiations between Upper Lachlan Shire Council and the United Services Union (USU).

The union asked the council’s executive management to halt the downgrading of positions in the works and operations department.

“They’ve agreed with what we wanted them to in the first place. We got agreement to leave the jobs alone,” he said to employees.

An outcome should be known by Tuesday November 6 when the council and union are due to go before the Industrial Relations Commission. The hearing is expected to be adjourned.

The restructure will continue; however, it will now be completed in consultation with the workforce.

The council says it is seeking to restructure its workforce to improve efficiency through better asset management and delivery of infrastructure services, including management of major projects.

Mr Golledge said the council had agreed to use a newer model of awards for the jobs, putting a halt to the salary grievances, and the “inappropriate” downgrading of positions.

The new system was hooked into the state award, he added.

After meeting with ULSC managers, separately, one union official said: “It was like Hans Christian Anderson of fractured fairy tales.”

“John [Bell], to give him credit … worked through some contentious issues in terms of employment at this council,” Mr Golledge said.

Staff members raised concerns with the union about how much had already been spent on the restructure, including $70,000 for consultants Blackadder to run it, the cost of two confirmed redundancies, and IRC court expense.

“There should be consequences for those who got us into this mess; they still get to continue on with their job,” a worker said.

On Thursday, employees supported a motion of no confidence in the works and operations department for “misinformation and lack of consultation in the restructure”.

“If they want to play the games they’re playing, we will do it again,” another council employee said.

The council has declined to comment until correspondence was received from the USU, confirming the agreed position between the union and council.

Mayor John Stafford previously told the Crookwell Gazette the restructure was not intended to downgrade the size of the workforce, nor was it financial, but “designed to improve efficiency”. 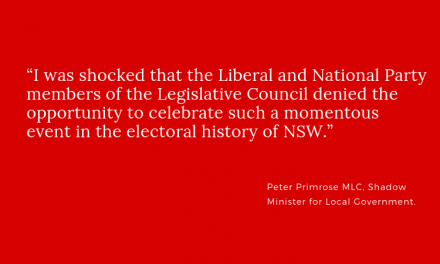 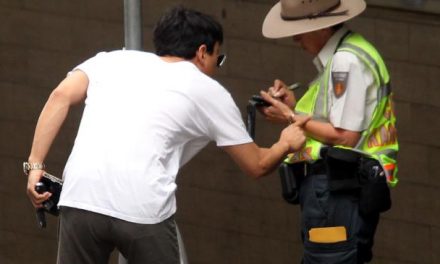